As a leading technology company, we work closely together with several universities in order to support engineering students in acquiring the practical experience and information required for building a career in the automation and robotics industry.

As production systems incorporating robotics, electronics, and mechanics are increasingly used in the world, the need for automation and robotics experts also increases. Mitsubishi Electric Turkey A.S. contributed to the establishment of robot training centers in two universities in Turkey with the goal of helping students gain an advantage in the business world by adapting to the ever-changing technologies in our modern world.

High-tech products, a 6-axis industrial robot, motion control units, and servo motors to be used in the laboratory were donated by Mitsubishi Electric Turkey. In January 2015, the 6-axis industrial robot amazed spectators by reacting to flexible dance figures like a human being and was fervently applauded by spectators in a "Dance with Robots" show prepared by the Control and Automation Club, as well as the Dance Club, of Dogus University. 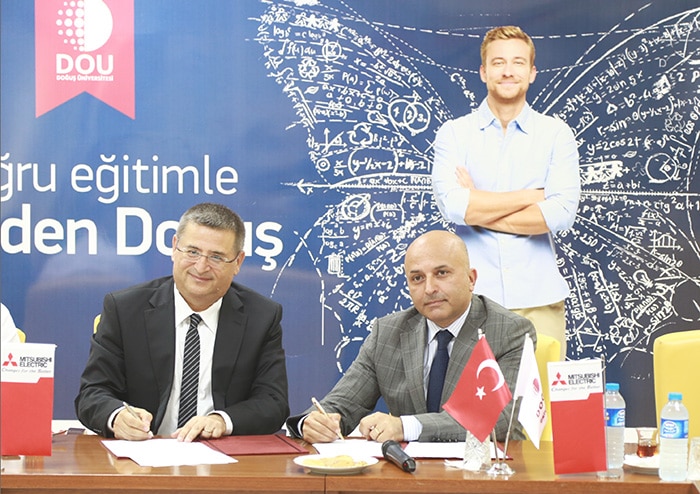 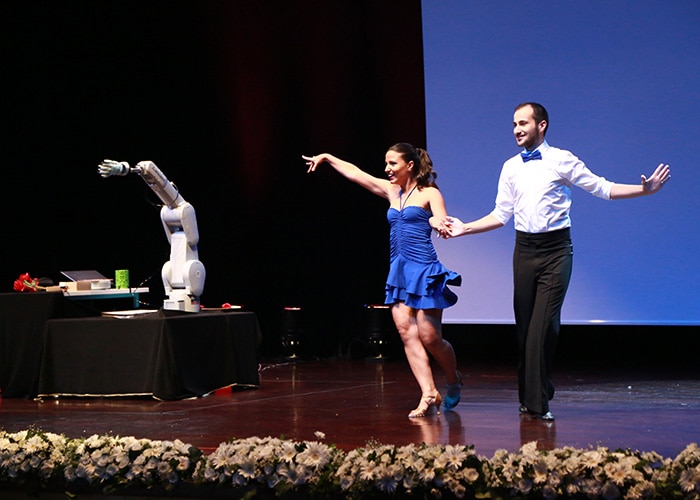