FOR IMMEDIATE RELEASE No. 3365

TOKYO, July 22, 2020 - Mitsubishi Electric Corporation (TOKYO: 6503) announced today that the company has developed what it believes to be the world's first technology capable of highly natural and intuitive interaction with humans based on a scene-aware capability to translate multimodal sensing information into natural language. The novel technology, Scene-Aware Interaction, incorporates Mitsubishi Electric's proprietary Maisart®* compact AI technology to analyze multimodal sensing information for highly natural and intuitive interaction with humans through context-dependent generation of natural language.

Scene-Aware Interaction for car navigation, one target application, will provide drivers with intuitive route guidance. For instance, rather than instructing the driver to "turn right in 50m," the system would instead provide scene-aware guidance, such as "turn right before the postbox" or "follow that gray car turning right." Furthermore, the system will generate voice warnings, such as "a pedestrian is crossing the street," when nearby objects are predicted to intersect with the path of the car. To achieve this functionality, the system analyzes scenes to identify distinguishable, visual landmarks and dynamic elements of the scene, and then uses those recognized objects and events to generate intuitive sentences for guidance. 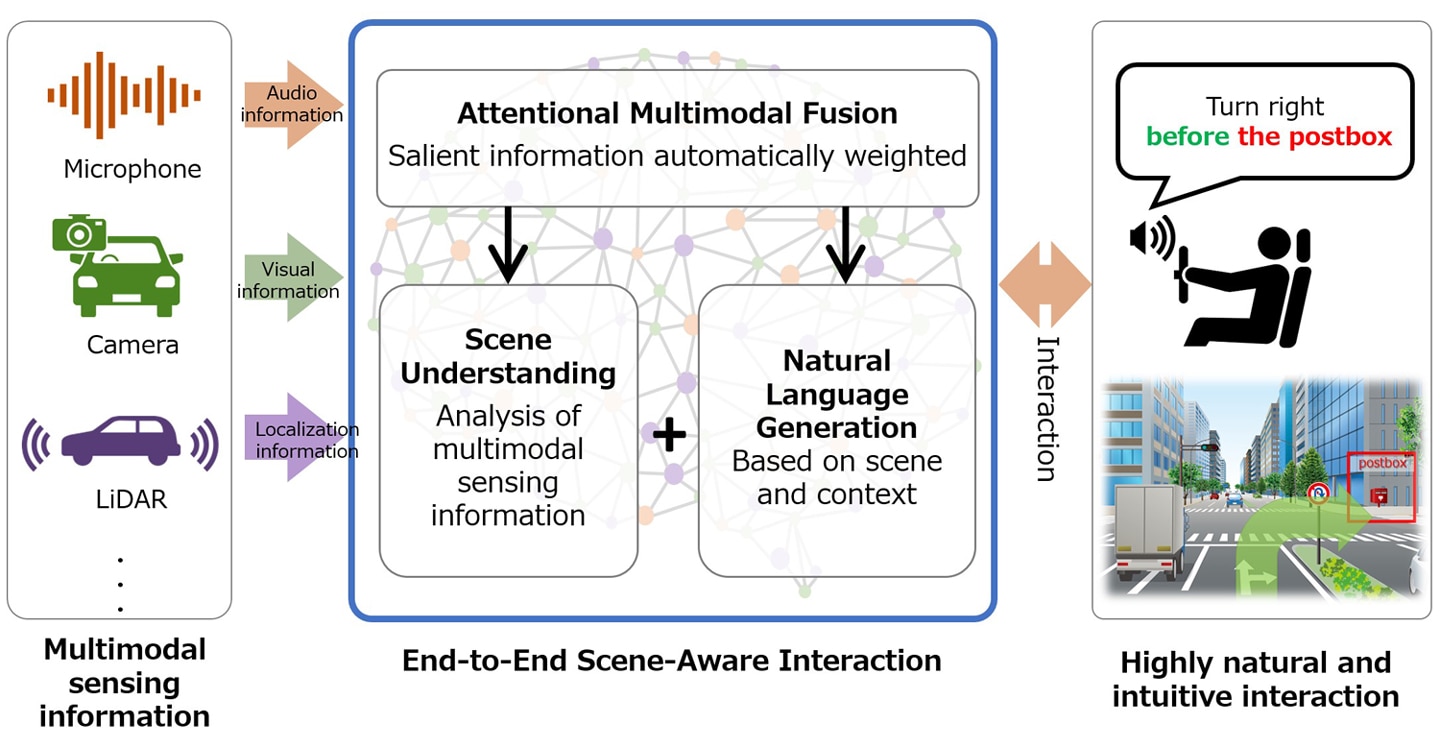 Recent advances in object recognition, video description, natural language generation and spoken dialog technologies using deep neural networks are enabling machines to better understand their surroundings and interact with humans more naturally and intuitively. Scene-Aware Interaction technology is expected to have wide applicability, including human-machine interfaces for in-vehicle infotainment, interaction with robots in building and factory automation systems, systems that monitor the health and well-being of people, surveillance systems that interpret complex scenes for humans and encourage social distancing, support for touchless operation of equipment in public areas, and much more. 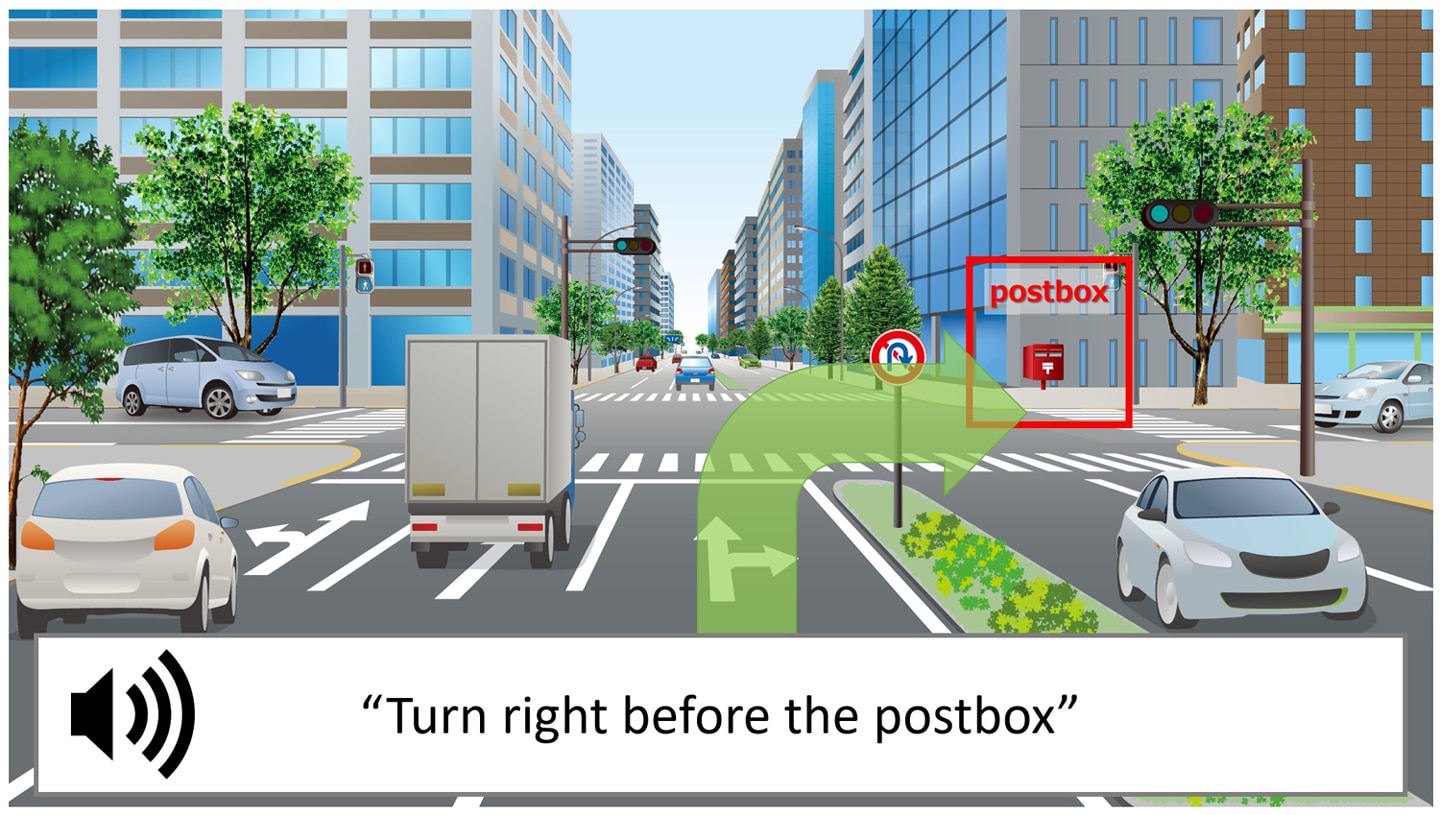 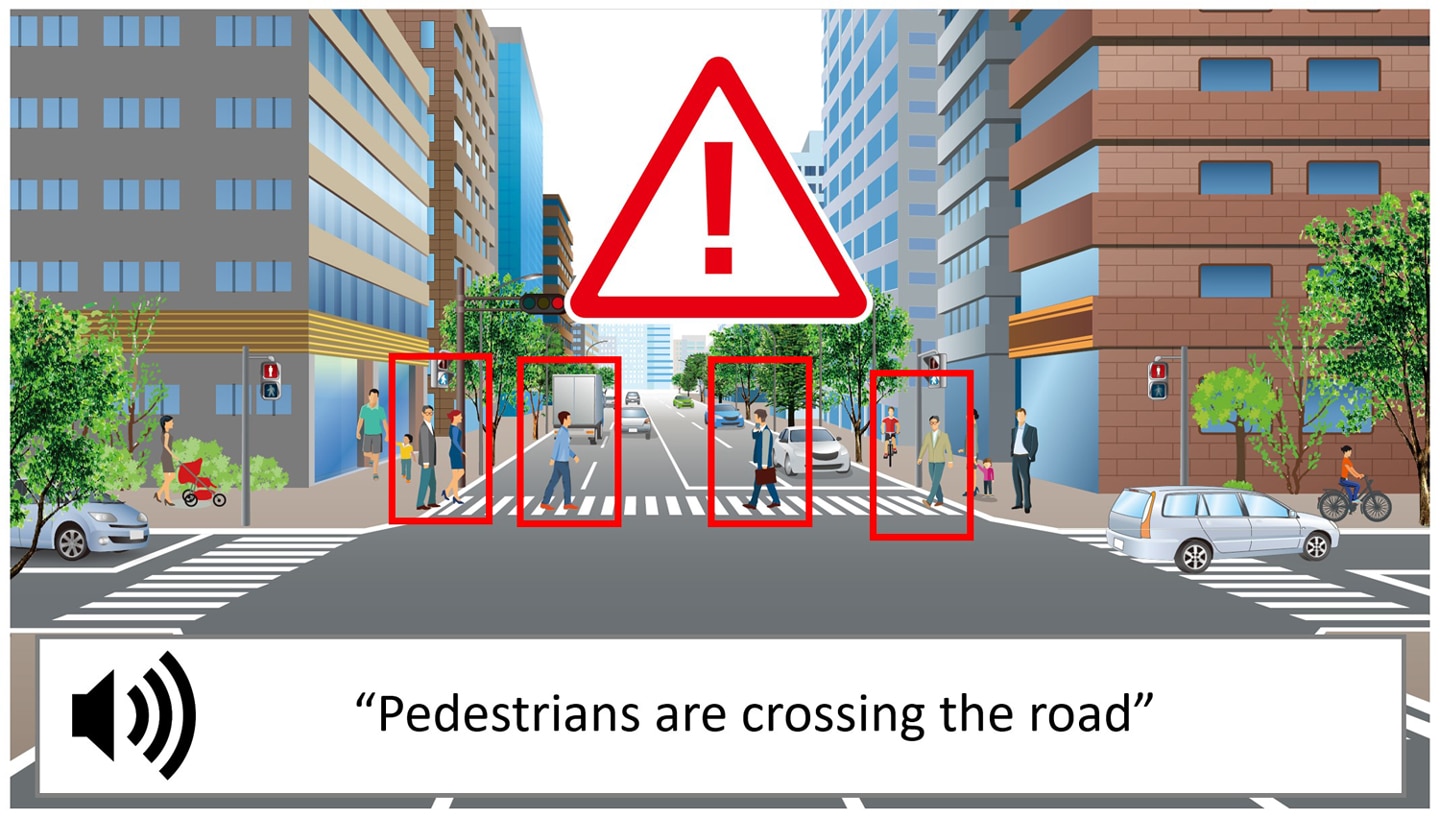