Global Games: The Power of Sports to Improve the World

Sport is a fundamental ingredient in creating a society that is inclusive, integrated – and ultimately happy. This is the firm belief of Mitsubishi Electric, which has long supported sporting activities across the globe, with a particular focus on athletes with disabilities. One example of its hands-on involvement? The Special Olympics in Italy, which many of Mitsubishi Electric employees attended as volunteers – helping to make the 30th National Winter Games an inspirational success. 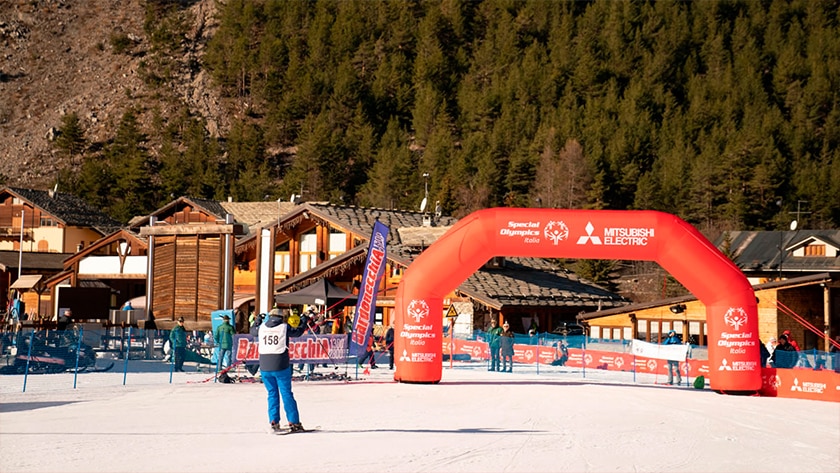 Founded in 1968 by Eunice Kennedy Shriver, the sister of U.S. President John F. Kennedy, the Special Olympics strives to create a better world by fostering the acceptance and inclusion of all people. The organization provides year-round sports training and athletic competition in a variety of Olympic-type sports for children and adults with intellectual disabilities. Special Olympics programs help empower participants to discover new strengths, abilities and skills. Furthermore, through the power and joy of sports, Special Olympics athletes find many ways to be involved in their communities.

As a strong believer in the movement, Mitsubishi Electric has been a national partner of Special Olympics Italy since 2010 and in 2018 announced a two-year official partnership with Special Olympics Great Britain. 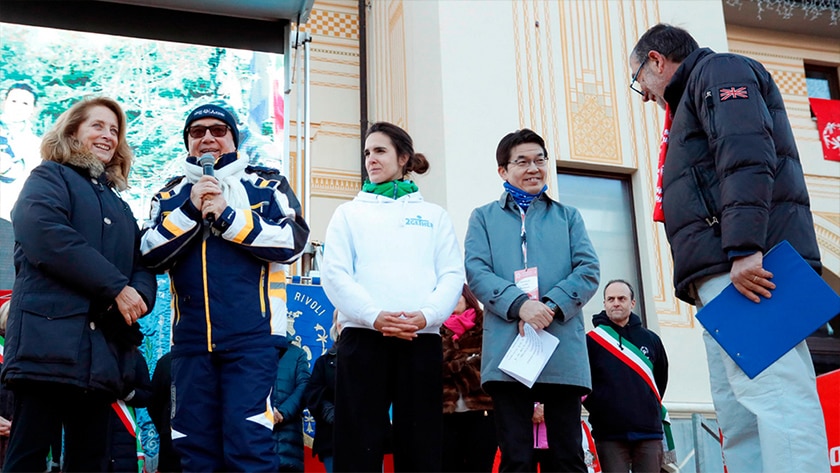 Italy’s 30th National Winter Games Special Olympics took place in January 2019 at Bardonecchia in the Piedmont region. A small alpine town surrounded by mountains, Bardonecchia borders France in the northwest of Italy, and is close to the Turin, the city that hosted the 2006 Winter Olympics.

Mitsubishi Electric’s volunteer team of 31 people, which consisted of employees and their family members, including children and teenagers, were on hand to support the snowshoe, slalom and snowboard events. The Branch President, Tomoyuki Sugai, who also volunteered during the Games, at the opening ceremony said, "Mitsubishi Electric attended because it feels a strong social responsibility… We hope these games will be another step towards a fairer, more inclusive and beautiful society."

He and the Mitsubishi Electric volunteer team were also out in full force to support the 34th Special Olympics National Summer Games that took place in the town of Montecatini of the Tuscany region in June 2018. 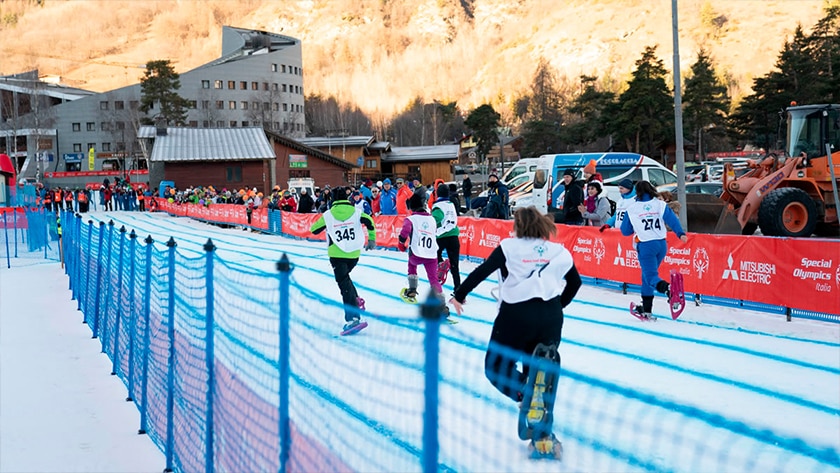 Sports that Make a Difference

The athletes’ competitiveness, determination and sense of fair play—whether they are athletes with intellectual disabilities, para-sports athletes or professional athletes—continue to serve as an inspiration to our business activities at Mitsubishi Electric.

Plastic Redefined: The Miraculous Applications of Closed-Loop Recycling
Water for Life: Realizing Sustainable Water Practices in Society
Towards a Sustainable Society – The Engineers of Tomorrow Gather for the Mitsubishi Electric Cup
Train Power: How Harnessing Energy from Trains Can Help Run Cities