When sending messages or watching videos on smartphones, it’s easy to forget that a network of metal antennas enables the transmission and reception of radio-frequency waves to make wireless communication possible. While these metal antennas are ubiquitous on land, sometimes alternatives are needed out at sea, or when a network is knocked out by a storm. By harnessing seawater, the world’s most abundant resource, we’re developing Mitsubishi Electric technology that can turn a plume of water into an antenna that could act as a backup when needed. 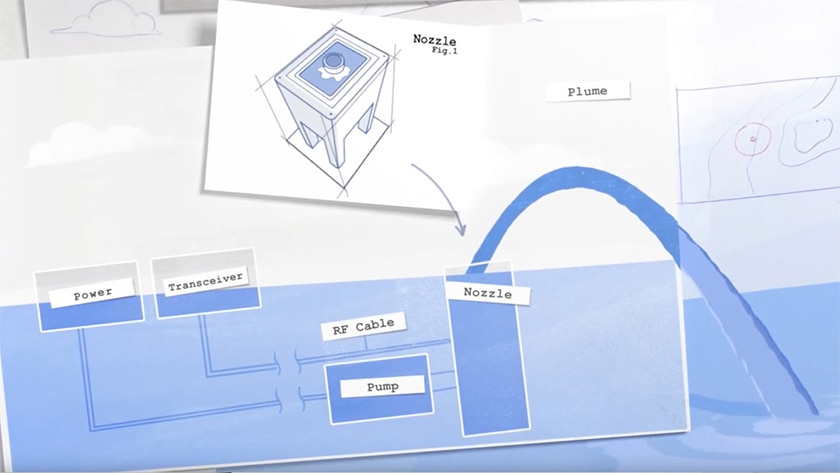 The Secret to Creating an Antenna from Seawater

As the "SeaAerial®" name suggests, this antenna system relies on a plume of seawater to send and receive radio-frequency waves. Why seawater? Unlike freshwater, seawater contains 3-4% salt, which gives it the ability to conduct electricity. For a plume to act as an antenna, it needs to carry a high-frequency current. Current carried by a jet of water, however, easily dissipates into the surrounding ocean.

We solved this problem by developing an insulated nozzle that cuts off the flow of current to the surrounding sea. When the nozzle is connected to a water pump and—to charge the water with high-frequency current—a transceiver, it shoots a jet of seawater into the air at a finely tuned diameter or thickness. This creates an aerial antenna, the SeaAerial. By simply adjusting the size of the plume, the frequency band can be adjusted to work with signals for TV, radios and mobile devices.

The SeaAerial came from experiments conducted by Shimpei Akimoto and other researchers at Mitsubishi Electric’s Information Technology R&D Center in Kamakura, Japan, who wanted to harness the conductive properties of saltwater. After countless unsuccessful attempts to fashion a seawater antenna, Akimoto had a sudden idea to make the plume thicker. "After that, we had much better results and the plume functioned as an antenna," said Akimoto. 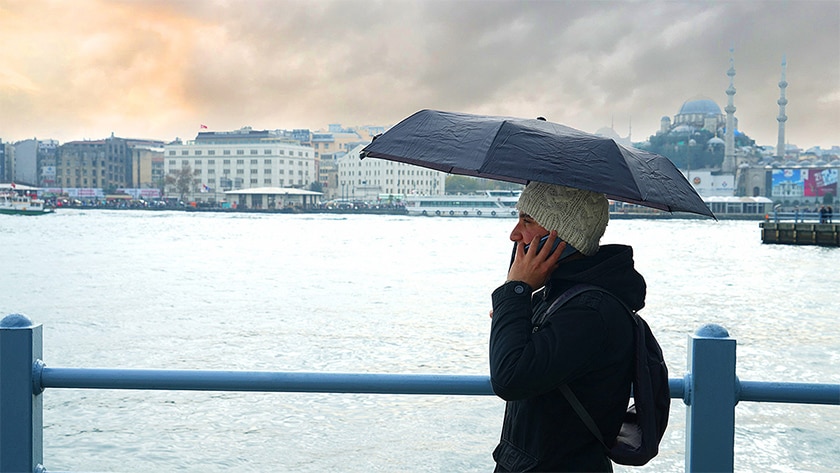 SeaAerial Could Save the Day when Disaster Strikes

While SeaAerial is still in the development stage, it holds a lot of promise for all kinds of applications. Unlike large metal-based antenna towers, the seawater antenna can be transported and set up with great ease. Since all that’s required is the nozzle and the pump, a ship out at sea, for example, could use SeaAerial as an antenna for data communications. It could also serve as a temporary antenna for special seaside events.

When tropical storms hit coastal communities, they not only damage property, they also impact the metal antennas used by wireless networks, sometimes resulting in network outages. When there’s a disaster, it’s critical to have an alternative means of communication. SeaAerial could be quickly set up along shorelines to fill the communication gap—no difficult construction and assembly work required. 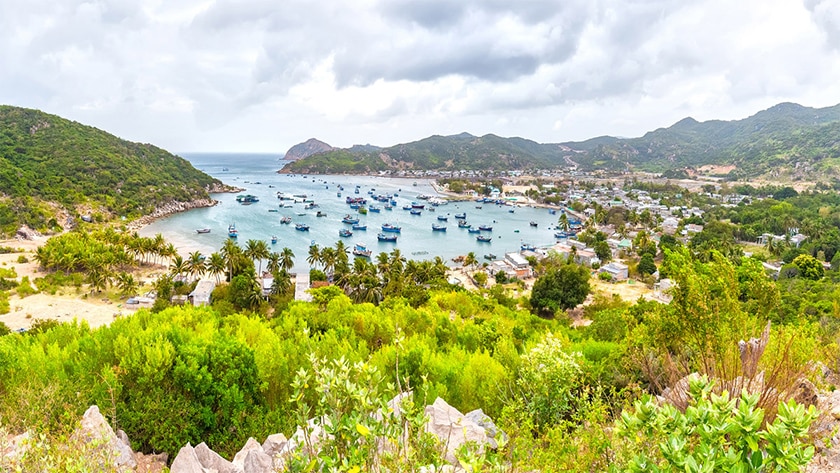 We've been working constantly to improve the performance of SeaAerial, to the point that it's now able to receive signals for full-segment terrestrial digital TV broadcasts in Japan. In the future, Mitsubishi Electric researchers expect that SeaAerial could cater to frequency bandwidths used for wireless communications. Varying the height of the seawater plume could enable the transmission of several megabits, or even up to several gigabits of data.

For the many people around the world who live near the ocean, SeaAerial will be a welcome back-up technology to help them stay connected in times of need.